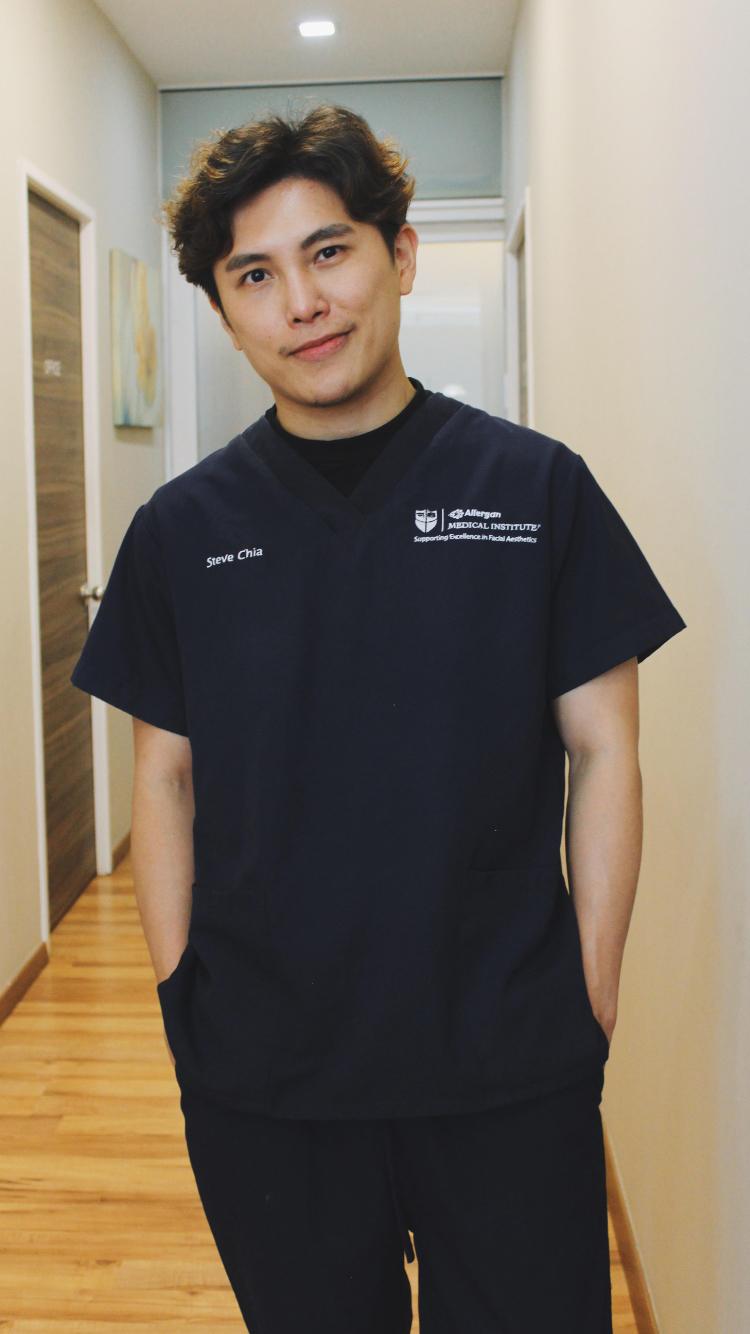 “
You are the most beautiful when you
are confident, and get ready to fall in
love with yourself all over again.

After Dr Steve has graduated from Medical School, he served in the government hospital in Sarawak for 5.5 years.

Then he pursued aesthetic medical license in the private sector back in 2013. He obtained his LCP in Aesthetic medicine in early 2017, and actively involved in training programs.

He is currently the trainer for MAC part 2 laser program (Malaysia Aesthetic Certifications), Hyabell ranged of derma fillers product from Germany as their Malaysian trainer and also Threadlift trainer for Happylift Italian trainer by Menarini.

He is also actively involved in management of Sliq Clinic aesthetic chains of clinics, besides practicing aesthetic and providing his patients with proven medical aesthetic treatment which is safe.

During his free time, he enjoys listening to music, arts and movies.

He believes that everyone can improve themselves in everyday possible, be it aesthetic wise, knowledge, career and skills.
He is also excited to be able to work with many of his patients to achieves the best version of themselves, to improve their self confidences and self esteems.

Want to make booking or have an enquiry?

Contact us or simply book an appointment with our doctor today.